We have been building our organizational culture on shared values, account being taken of stakeholders’ expectations.

It is based on compliance with the law and internal regulations, mutual trust, respect for beliefs and diversity of our employees, equal treatment and preventing any malpractice.

The ENEA Group has in place the Code of Ethics which defines the values that should guide the Employees, selected by them in a study, and indicating the model conduct for all employees, and introduces standards for relations with customers, business partners, shareholders, local communities and associates.

Up until 6 January 2022, the ENEA Group had in place the Ethics Committee, which resolved any ethical concerns reported by employees and ensured objective investigation of suspected violations of the Code of Ethics. The Committee operated on the basis of its rules and regulations, which define, among others, the procedures for reporting concerns and violations, as well as the handling of investigations. As of 7 January 2022, the Ethics Committee was liquidated; its powers and responsibilities were taken over by the ENEA Group Compliance Committee operating as of 15 July 2021 – a dedicated team reviewing reports on violations of generally applicable law, internal acts of the ENEA Group and ethical standards.

reports to the Ethics Committee in 2021

We consider diversity of our staff as value in itself but also as a driver of the organization’s development. Our diversity policy has not been adopted as a separate document (Lubelski Węgiel “Bogdanka” S.A. is the only company with such a policy), but for years we have made efforts to ensure that diversity among employees, e.g. diversity of experience, knowledge or interests, is taken into account in our practices.

The diversity issues are addressed in various documents, such as the ENEA Group Code of Ethics, internal collective bargaining agreements, Policy against mobbing, discrimination and other unacceptable conduct and the ENEA Group Compliance Policy.

Currently, there are no women on the ENEA S.A.’s Management Board, while the ENEA S.A. Supervisory Board is comprised of both women and men. The current gender mix in the Company’s corporate bodies does not ensure differentiation at a level of at least 30%, which is recommended by the Code of Best Practice for WSE Listed Companies 2021. However, it should be emphasized that the election of members of the company’s corporate bodies is based on the generally applicable provisions of law and the company’s statute, based on the pertinent recruitment documents received. Members of the Management and Supervisory Boards are selected on the basis of various criteria, including gender, education, age and professional experience. Recruitment activities are carried out by the company’s bodies authorized to appoint such individuals.

So far, no diversity figures have been reported to the management boards and supervisory boards of the companies. 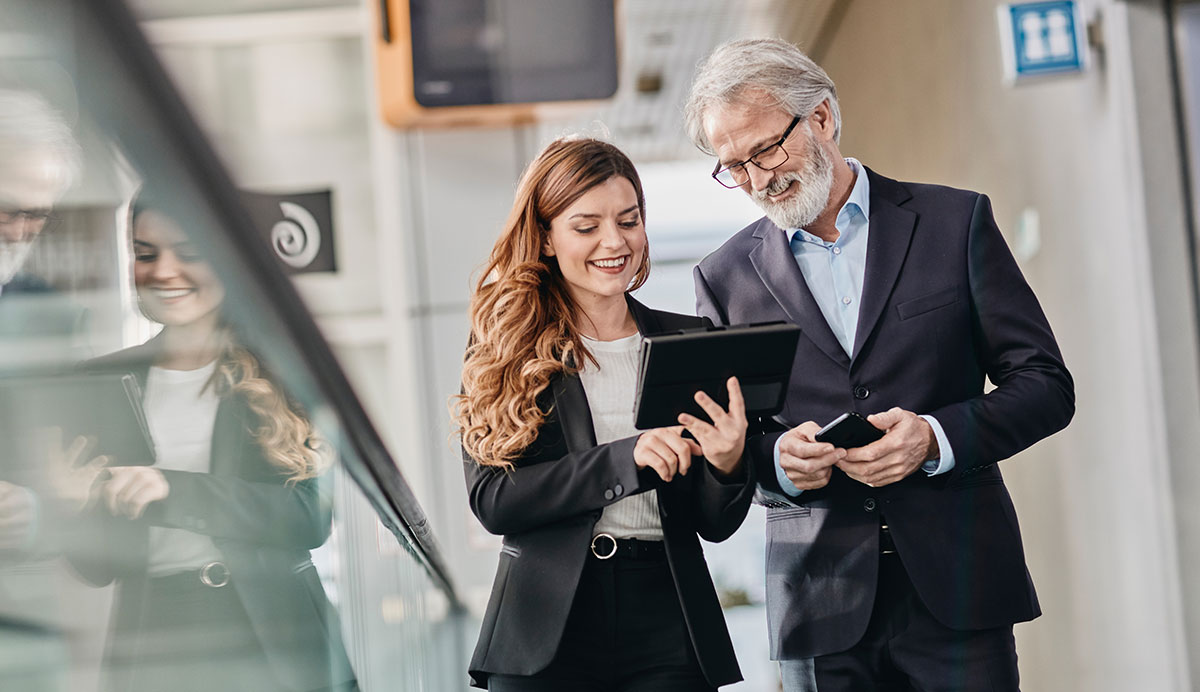 In 2020, ENEA S.A., ENEA Operator, ENEA Centrum, ENEA Wytwarzanie and ENEA Elektrownia Połaniec signed cooperation agreements with the State Fund for the Rehabilitation of the Disabled as part of the “Work – Integration” pilot program. It aims to increase its ratio of employment of people with disabilities on the open labor market. Within this initiative, the above companies declared their readiness to take action aimed at hiring the disabled and maintaining their employment. Up until the publication date of this report, Group companies have hired 4 people as part of this initiative.

ShEO Awards are granted to female leaders of business, social and cultural life by the editorial team of the “Wprost” weekly. In 2021, during the second edition of the event, the ENEA Group received a special award for CSR projects and activities benefiting women. We were recognized for consistently building and organizing spaces for women, for activating them in the Polish energy sector and for implementing programs and initiatives which help appreciate the indisputable role of women in social life. We were recognized for our efforts to develop women’s competences, but also for our preventive health care activities, involvement in the promotion of a healthy lifestyle through the ENEA Team program, for the aid we extend to women (material and in-kind) and our involvement in mental health care initiatives.

In the sports stars category, the award was received by Natalia Partyka, Paralympic Games medalist and the ambassador of the ENEA brand.

ENEA S.A. is a member of the Równe Szanse w Biznesie – Target Gender Equality initiative coordinated by the UN Global Compact Network Poland. In 2021, we received a distinction for setting ambitious corporate goals promoting leadership among women and gender equality in business.

Group companies also try to guarantee the observance of civil rights (such as the right to freedom of expression or the right to privacy) and social rights (basic employee rights, the right to social protection and health protection).

From the point of view of human rights, the following regulations are of particular importance:

The following units are responsible for the implementation of and supervision over the foregoing regulations:

All employees are also obligated to monitor their surroundings in the context of the applicable standards.

Any reports on human rights violations will be examined by the Compliance Committee. Additionally, most Group companies have in place their own special teams to prevent mobbing, discrimination and other unacceptable conduct. Their task is to provide fair and impartial investigation of all the circumstances of the allegations reported by employees and to issue recommendations regarding the above occurrences.

Aconfirmed cases of discrimination in the ENEA Group in 2021

The representatives of our organisation take part, as audience, in the meetings organized by the Global Compact Poland foundation as part of the UN Global Compact Network Poland, devoted to best practices in breach reporting systems.

In 2021, the Group companies were adopting the Policy against mobbing, discrimination and other unacceptable conduct updated at the end of 2020 and on 1 January 2021, adapting it to their own unique circumstances. The amendments to this document included, among others:

ENEA S.A. has undergone an external audit of the functioning of the Anti-Mobbing System SPM MOB 2.0, as a result of which the company was awarded, for the third time, the “Company without mobbing” certificate, which confirms the high level of protection of Employees against all forms of psychological violence and discrimination, as well as the correctness of prevention, information and education activities. Newly hired employees were obliged to undergo an e-learning training entitled “Building a friendly working environment for ENEA S.A. employees”, which was delivered to all employees in 2020.

Issues related to counteracting corruption have also been standardized in the ENEA Group Compliance Policy and the ENEA Group Code of Ethics and also in the corresponding documents in place in the LW Bogdanka S.A. Group.

We do not tolerate any form of corruption and do not make decisions on the basis of such actions. Employees of the ENEA Group companies as a matter of principle do not give or accept gifts from colleagues, business partners, social partners, potential customers or contractors.

The giving and acceptance of financial and personal benefits by ENEA Group employees is governed by the Rules for Offering and Receiving Gifts in the ENEA Group. These rules specify the circumstances under which a gift may be given or accepted and the possible steps, which must be taken in order to give and accept it. Each instance, in which a gift is given or accepted is considered an exception to the general rule and must be carried out in accordance with the procedure set forth in the regulation.

Anti-corruption provisions are contained, among others, in the following documents:

A particularly significant component of the anti-corruption system is the building of a proper organizational culture within the ENEA Group, in particular by the ENEA S.A. Compliance Office. This objective is pursued, among other measures, through direct and e-learning training for employees, promoting ethical and lawful behaviors, and through information campaigns aimed at continuous development of knowledge and awareness of ENEA Group’s Employees regarding compliance with legal and market requirements, but also with moral standards.

The Rules for Offering and Receiving Gifts and endeavors aimed at preventing conflicts of interest and corruption offenses are elements of the mandatory initial training in all Group companies. In addition, training courses on this topic are regularly updated and repeated, especially when a document that governs anti-corruption issues is amended or when a new one comes into life.

The ENEA S.A. Compliance Office actively participates in drafting internal regulations and issuing opinions on them from the compliance perspective, cooperates with the individuals involved in this area in ENEA Group companies and identifies and assesses potential risks of non-compliance, corruption and conflict of interest. The elimination of breaches in this area is also expedited by appropriate provisions of internal acts of ENEA Group companies, such as the rules for awarding contracts (they include a requirement that persons performing activities in a procedure or who may influence its outcome or persons awarding contracts, in particular persons acting as managers of the contracting entity, members of the tender committee and experts, submit statements confirming the absence of any relations on their part with contractors participating in the tenders), the Rules for evaluating contractors in the General Purchasing Procurement Area or the work regulations.

The ENEA Group’s anti-corruption system is compliant with the Standards recommended for the compliance management system on counteracting corruption and the whistleblower protection system in companies listed on markets organized by the Warsaw Stock Exchange.

The ENEA Group Compliance Policy, which is in effect in all ENEA Group companies, was supplemented with provisions introducing the requirement to observe specific work criteria that applies to employees holding key positions in the company’s structure and who have significant influence on its correct functioning, such as directors and managers. These specific work criteria are defined as the obligation to maintain independence, impartiality, neutrality and objectivity in the performance of official duties, which in particular means that they should not take action or should refrain from performing any function that could give rise to a conflict of interest or raise doubts about their freedom to act in the sole and best interest of the company.

Amendments were made to the Policy for reporting breaches and protecting whistleblowers in the ENEA Group, which comprehensively regulated the matters associated with reports of violations, including corruption. The ENEA S.A. Management Board also appointed a dedicated team to process whistleblowing reports in the ENEA Group.

ENEA Operator developed a brochure, customized to its specific situation, concerning the ENEA Group Code of Conduct for Contractors, and the obligation to observe its provision was added as a clause in the contracting regulations. The Company also adopted the Regulations for preventing, identifying, addressing and reporting conflicts of interest involving employees of ENEA Operator sp. z o.o., which identified the areas, in which conflict of interest prevention mechanisms had already been implemented and defined the procedure to be followed if a risk of a conflict of interest arises in other instances. Additionally, the Company also introduced an obligation to submit a declaration of absence of conflict of interest for employees carrying out public relations, social partnerships and sponsoring activities, and an obligation to submit a declaration of fairness, impartiality and objectivity for any individuals taking part in the preparation of tender proceedings and the contracting manager, as well as for any employees participating in technical acceptances/guarantee checks.

ENEA Serwis updated, among others, the Rules and Regulations for conducting proceedings, awarding contracts for construction work, deliveries and services and exercise of functional oversight in ENEA Serwis sp. z o.o. The amendments to this document, among others:

ENEA Innowacje introduced instructions establishing formal and legal requirements, which must be satisfied to obtain a positive decision on the implementation or purchase of a service or product.

Number of confirmed cases of corruption in ENEA Group companies

* No data available for ENEA Logistyka.
Previous page
Governing bodies of the ENEA Group
Next page
Shares and shareholders